Vulnerable Harvests: Risk and Resiliency in the Cold War Great Plains
(Under advanced contract with University of Nebraska Press).

This book will explore the environmental and agricultural history themes of scale, ecological interrelationships, vulnerability, risk, and food security. In this way, Vulnerable Harvests also helps us see how this region and its communities had much larger influence global food security policy.

Interpreting the Environment at Museums and Historic Sites (coauthored with Debra A. Reid) is for anyone who wants to better understand the environment that surrounds us and sustains us, who wants to become a better steward of that environment, and who wants to share lessons learned with others. The process starts by focusing attention on the environment – the physical space that constitutes the largest three-dimensional object in museum collections. It involves conceptualizing spaces and places of human influence; spaces that contain layer upon layer documenting human struggles to survive and thrive. This evidence exists in natural environments as well as city centers. The process continues by adopting an environment-centric view of the spaces destined to be interpreted. This mind-set forms the basis for devising research plans that document how humans have changed, destroyed, conserved and sustained spaces over time, and the ways that the environment reacts. Interpretation built on this evidence then becomes the basis for minds-on engagement with the places that humans inhabit and the spaces that they have changed and continue to manipulate.

Interpreting the Environment at Museums and Historic Sites provides a tool kit designed to help you research environmental history, document evidence of human influence on land and the environment over time, and tailor that knowledge to new public engagement. It proposes a multi-disciplinary approach that requires expertise in the humanities as well as the sciences and social sciences to best understand space and place over time. It incorporates case studies of the theory and method of environmental history to explore how human goals take lasting shape in the environment – creating working environments, getting water, generating and harnessing power, growing food, traveling and trading, building things, and preserving natural landscapes. 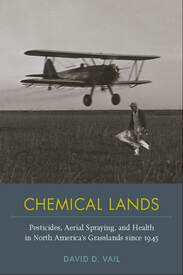 Chemical Lands: Pesticides, Aerial Spraying, and Health in North America's Grasslands since 1945 (Tuscaloosa: University of Alabama Press, 2018)
​
The controversies in the 1960s and 1970s that swirled around indiscriminate use of agricultural chemicals—their long-term ecological harm versus food production benefits—were sparked and clarified by biologist Rachel Carson’s Silent Spring (1962). This seminal publication challenged long-held assumptions concerning the industrial might of American agriculture while sounding an alarm for the damaging persistence of pesticides, especially chlorinated hydrocarbons such as DDT, in the larger environment.

In Chemical Lands: Pesticides, Aerial Spraying, and Health in North America’s Grasslands since 1945, David D. Vail shows, however, that a distinctly regional view of agricultural health evolved. His analysis reveals a particularly strong ethic in the North American grasslands where practitioners sought to understand and deploy insecticides and herbicides by designing local scientific experiments, engineering more precise aircraft sprayers, developing more narrowly specific chemicals, and planting targeted test crops. Their efforts to link the science of toxicology with environmental health reveal how the practitioners of pesticides evaluated potential hazards in the agricultural landscape while recognizing the production benefits of controlled spraying.

Chemical Lands adds to a growing list of books on toxins in the American landscape. This study provides a unique Grasslands perspective of the Ag pilots, weed scientists, and farmers who struggled to navigate novel technologies for spray planes and in the development of new herbicides/insecticides while striving to manage and mitigate threats to human health and the environment. 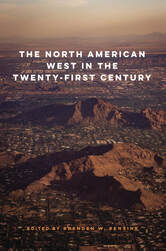 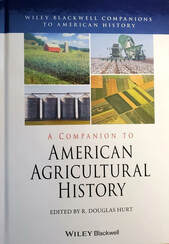 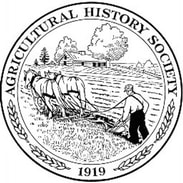 This article examines the conflicts over knowledge, expertise, spiritual promises, and agroecological realities that collided in the construction of an early-1900s rural water conservation district in Cache Valley, Utah. Out of these tensions emerged a field-based view of conservation that oscillated between hydrologists’ teachings of rational management through irrigation and local dry farming practices that seemed to acknowledge the valley’s limitations—all in a futile effort to make the land faithful to an agri-spiritual aesthetic that persuaded scientists and farmers alike to rebuild District No. 1 over and over again. From debates about whose expertise to follow to economic devastation from illicit dealings of dubious financiers and unruly environmental conditions, the saga of Cache County Water Conservation
District No. 1 reveals an irrigated rural western landscape that was as unpredictable as it was inescapable.​ 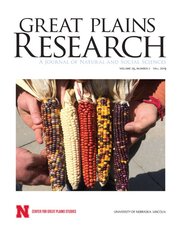 ​This article is an expansion of my Warner Lecture for the College of Arts and Sciences at the University of Nebraska Kearney (UNK) in 2018. The university lecture series is named for the two dedicated Nebraska state senators, Charles Warner and Jerome Warner. Both embraced the ideas of bipartisanship and collective civic good for Nebraska residents. Beyond the connections to my research interests in environmental history, agricultural history, science and technology, and the Great Plains, my remarks offered historical examples in Nebraska agriculture to inspire audience members to think in interdisciplinary terms, across their specialties and professional training, to address important issues facing the state. "Field Notes" also provided historical perspectives around integrated learning models between the STEM fields (science, technology, engineering, and math) and the humanities as two colleges at UNK, the Natural and Social Sciences and the Fine Arts and Humanities, merged into the College of Arts and Sciences in the 2018–19 school year. 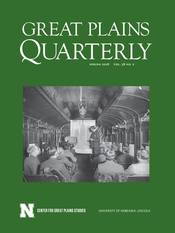 ​“Farming by Rail: Demonstration Trains and the Rise of Mobile Agricultural Science in the Great Plains,” Great Plains Quarterly 38 (Spring 2018): 151–174.

​In the early 1900s, railroad companies throughout the Great Plains worked with agricultural extension personnel and land-grant colleges to design demonstration trains for rural communities. Historian David Vail examines how these “farming specials” connected field and extension science by designing mobile laboratories that traveled from town to town to promote the newest farming technologies as well as to assist landowners with threats to their fields. This article considers the intersections of science, technology, environment, and production farming to better understand how specialized agricultural science connected to experiential practices on the land. 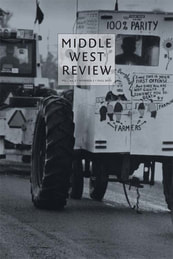 "Sustaining the Conversation: The Farm Crisis  and the Midwest," Introduction to Special Issue with Jenny Barker Devine. Middle West Review: An Interdisciplinary Journal about the American Midwest 2 (Fall 2015): 1-10.

This special issue of Middle West Review explores the history of America's farm crisis throughout the 1980s. Jenny Barker Devine and David D. Vail introduce how the complexities inherent to American agriculture contributed to a devastating series of economic failures. As both authors argue, the crisis did not have a singular cause but "emerged through a product  of changing social and technological circumstances in the countryside, devastating droughts, increasing levels of farm debt and decades of complex, sometimes contradictory, federal policies." The special issue includes articles and essays from historians, activists, and archivists that survey this recent past as well as forge new pathways for future scholars. 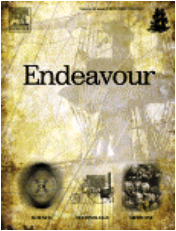 ​This article examines how pesticides and their technologies were sold to farmers and pilots throughout the mid-twentieth century. It principally considers how marketing rhetoric and advertisement strategies used by chemical companies and aerial spraying firms influenced the practices and perspectives of farm producers in the Great Plains. In order to convince landowners and agricultural leaders to buy their pesticides, chemical companies generated advertisements that championed local crop health, mixture accuracy, livestock safety and a chemical-farming ‘way of life’ that kept fields healthy and productive. Combining notions of safety, accuracy and professionalism with pest eradication messages reinforced the standards that landowners, pilots and agriculturalists would hold regarding toxicity and risk when spraying their fields. As the politics of health changed in the aftermath of Rachel Carson's Silent Spring, these companies and aerial spraying outfits responded by keeping to a vision of agricultural health that required poisons for protection through technological accuracy. 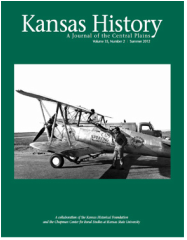 Scholars have largely assessed America’s chemical history by focusing on the regulations and politics of pesticides. Many of these works focused on the post-World War II debates over DDT, the social activism that Rachel Carson inspired with her 1962 book Silent Spring, and the growing oversight of the Environmental Protection Agency in the 1970s. Historian David Vail, however, provides an alternate story by examining how farmers, agricultural pilots, and Kansas experts constructed a chemical-risk standard much earlier in the postwar era that attempted to balance economic goals with the health of their fields and communities. Part of this standard focused on chemical toxicity while another part addressed a nonhuman form of “poisonous injury” that came from pests, primarily weeds. A third vector of contamination came from rogue sprayers and chemical bootleggers. In addition to Dr. Vail’s examination of the agricultural, technological, and environmental changes that pesticides, pests, and producers brought to mid-twentieth-century Kansas farming, he also provides new insights into the long overlooked history of aerial application and the state’s contribution to that industry’s postwar evolution.

Field Life: Science in the American West during the Railroad Era, by Jeremy Vetter. Journal of American History 106 (December 2019): 784–785.

A History of Occupational Health and Safety: From 1905 to the Present, by Michelle Follette Turk. Western Historical Quarterly (Winter 2019): 432–433.

The Lost Species: Great Expeditions in the Collections of Natural History Museums by Christopher Kemp. The Public Historian 41 (February 2019): 179–181.

Listening in the Field: Recording and the Science of Birdsong by Joeri Bruyninckx. Human-Wildlife Interactions 12 (Fall 2018): 291–292.

Prelude to the Dust Bowl: Drought in the Nineteenth-Century Southern Plains by Kevin Z. Sweeney.
Journal of Interdisciplinary History 48 (Summer 2017), 99–100.

​A Land Made from Water: Appropriation and the Evolution of Colorado’s Landscape, Ditches, and Water
Institutions by Robert R. Crifasi. Western Historical Quarterly 3 (Winter 2016), 1–2.

The Blue and the Green: A Cultural Ecological History of an Arizona Ranching Community by Jack
Stauder. H-Environment–Humanities and Social Sciences Online (September 2016): 1–2.

“DDT Diplomacy: Pesticides, Public Health, and Foreign Policy in the Chemical Age.” Review of DDT and the American Century by David Kinkela. H-Environment–Humanities and Social Sciences Online (May 2012).